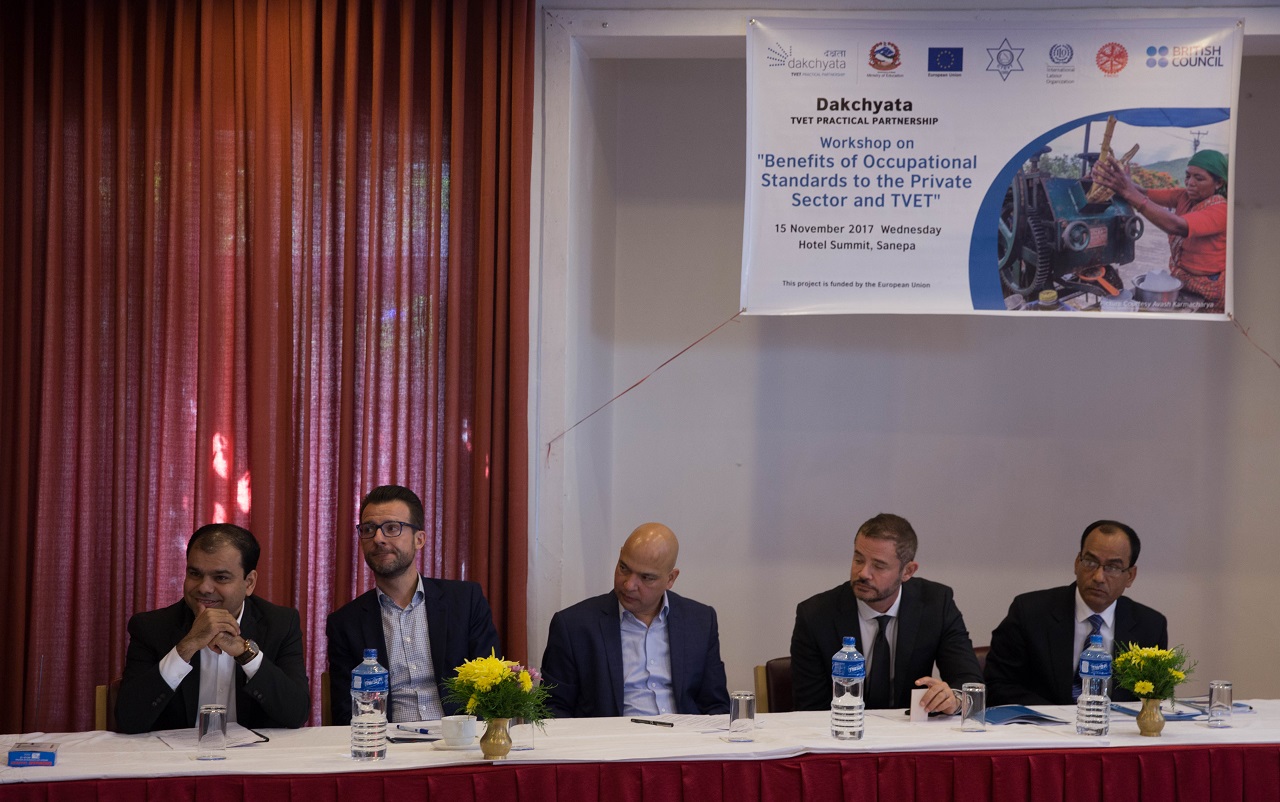 FNCCI organised a workshop on ' The Benefits of Occupational Standards for the Private Sector and TVET" in partnership with the Dakchayta and International Labor Organisation (ILO) on 15 November 2017. The major objectives of the workshop was to clarify the differences between Occupation standards (OS), Performance Asessment Standards (PAS) and Training/Competence Standards (TS). The major aim was to create a common understanding on the OS with demonstration of international guidelines and examples on OS, PAS, PS. Sean Curley, Team Leader, Dakchyata explained the benefits of OS to imporve private sector productiveity and effeciency and benchmarking occupation performance and held discussion on the uses of OS and benefits of ISCO 2008 for national classification of occupation clarification and international recognition. The event was chaired by the Mr. Shekhar Golcha, Vice president-FNCCI. Remarks were made from counterparts from other organisation including, Richard Howard, ILO Nepal Director, EU and CTEVT.